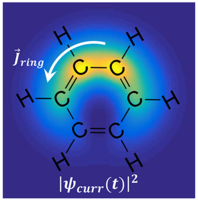 In the current general theory of nonlinear optics, the symmetries of the medium are analyzed to derive the minimally represented nonlinear tensors that describe the selection rules (e.g. allowed/forbidden harmonics and their polarization states) of various processes [1]. However, the theory does not describe cases in which the driving lasers exhibit non-trivial dynamical symmetries. We formulate a general group-based theory to derive the selection rules of harmonic generation (both in the perturbative and in the non-perturbative regimes) from the dynamical symmetries of the system (light and medium) [2,3]. This formalism leads to many new selection rules. For example, we discovered the elliptic dynamical symmetry [2] that yields ‘conservation of ellipticity’ in high harmonic generation (HHG) – the ellipticity of ALL the harmonics is the same as the ellipticity of the pump, which can vary all the way from linear to circular [4,5].

Utilizing the selection rules formalism, we develop and explore, theoretically and experimentally, ultrafast spectroscopic methods that are based on dynamical symmetry breaking. For example, we identify chiral-sensitive HHG geometries in which the chiral signal is background-free and relies on the electric dipole interaction only (and not on the magnetic interaction which was previously assumed mandatory for chiral-sensitive HHG), hence leading to huge chiral signals [6]. The method is implemented through non-collinear HHG, where the beams’ properties are chosen through symmetry considerations that lead to forbidden harmonic selection rules from achiral media that are broken in chiral media. As a result, ‘forbidden’ harmonics are emitted only if the medium is chiral; their intensity is correlated to the enantiomeric excess; and their polarization handedness is associated with the medium’s handedness. Furthermore, we use a similar approach to define a new symmetry-based measure for light’s chirality within the dipole approximation (analogous to the molecular definition) [7,8]. Similarly, we develop an all-optical method for diagnostics of ultrafast ring currents, e.g. in gas of atoms and molecules [9].